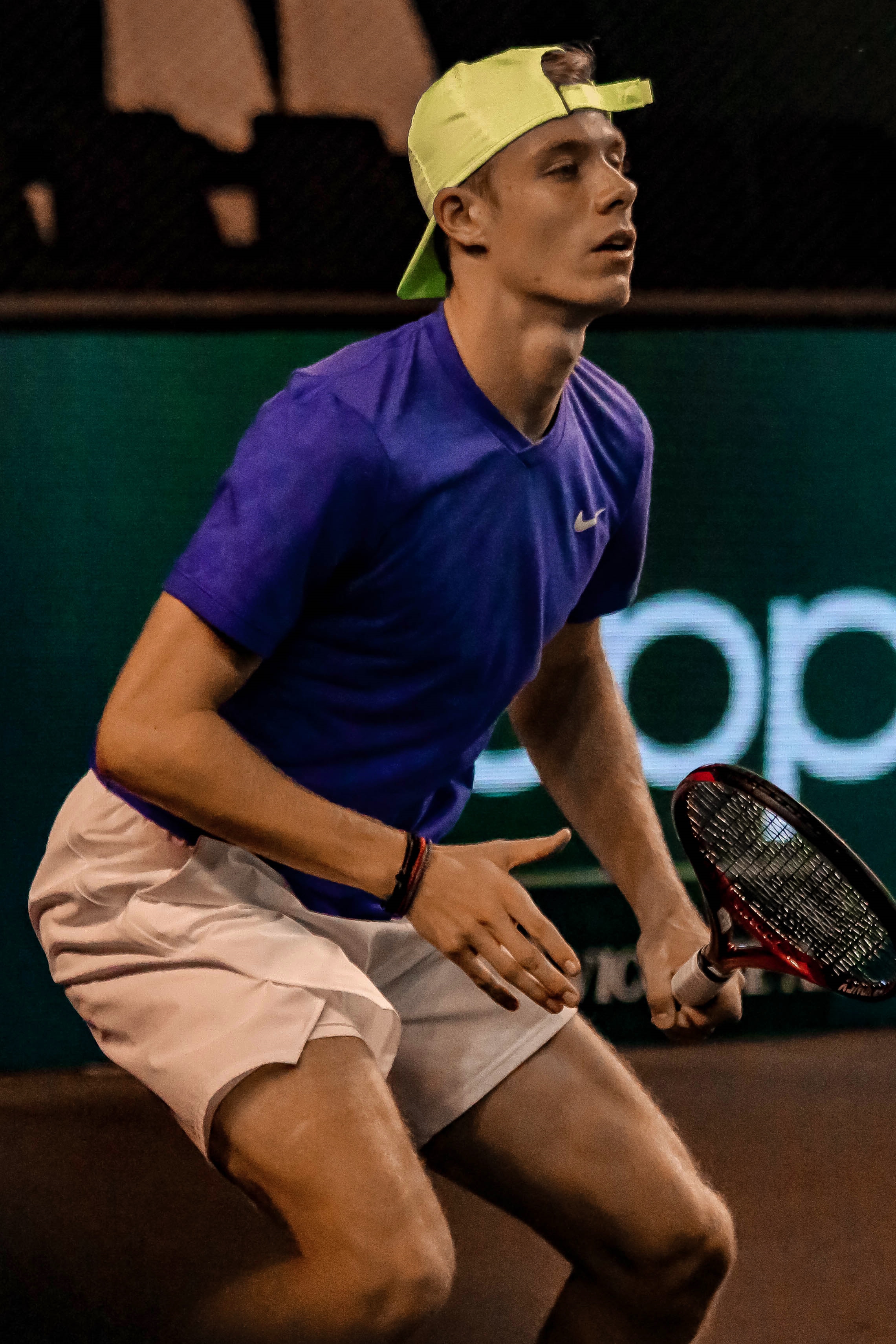 Denis Shapovalov ( SHAH-pə-VAH-ləv, -⁠ləf; Hebrew: דניס שפובלוב‎; Russian: Денис Викторович Шаповалов [ʂəpɐˈvaɫəf]; born 15 April 1999) is a Canadian professional tennis player. Shapovalov is currently ranked in the top 15 in the world, and was the youngest to enter the top 30 since 2005. His career-high ATP singles ranking is No. 10 in the world. He is currently the tenth youngest player ranked within the ATP top 100.

Shapovalov rose to prominence by reaching a Masters semifinal at the 2017 Canadian Open as an 18-year-old, beating Grand Slam champions Juan Martín del Potro and Rafael Nadal during his run. He has since reached the final of the 2019 Rolex Paris Masters and three more Masters semifinals including the 2018 Madrid Open, when he became the top-ranked Canadian on 21 May 2018 as part of his ongoing climb in the ATP rankings, the 2019 Miami Open and the 2020 Italian Open (tennis).

Although not known for being a doubles player, in May 2019 he partnered with Fernando Verdasco to reach the last 16 at the 2019 Italian Open. He then partnered with Rohan Bopanna to reach the finals at the 2019 MercedesCup in June 2019, bringing him to a career-high doubles ranking of No. 130 and moving him past Adil Shamasdin as the No. 1 ranked Canadian doubles player. An appearance in the quarterfinal at the 2019 season-ending Paris Masters, again with Bopanna, took him into the top-50 in doubles for the first time, making him the highest-ranked doubles player under the age of 25.

As a junior, Shapovalov reached a career-high ITF junior ranking of No. 2 behind a Wimbledon grand slam singles title in 2016, and a US Open grand slam doubles title with Auger-Aliassime in 2015.